Faculty Learning Communities: A progress report from the first generation

Instead of offering weekly webinars during the Spring 2022 semester, the Instructional Support Team is working acros

When the University of Louisiana at Lafayette announced March 13 that courses would transition to remote instruction, Dr. Monica Wright wasn’t sure how to move forward. She says her lifeline came from attending one of the Office of Distance Learning’s presentations on Moodle Basics.

“I needed a handful of good tools, and they were able to direct us to the ones that would be most useful,” she says. “I felt like I could see my way through this.” 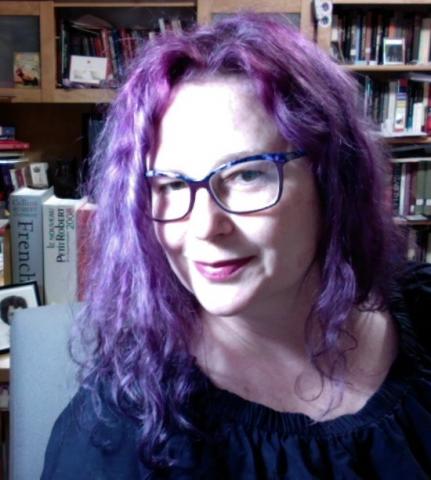 Dr. Wright developed PowerPoint presentations that she then imported into VoiceThread, recording her lesson over the slides.

VoiceThread is a web-based sharing and collaboration tool that fully integrates with Moodle. Instructors can create and share dynamic presentations that can allow for student comment and discussion.

“I even included exercises we would have done orally,” Dr. Wright says. “I was able to read it out and give them a bit of time to think about it, then give them the answer and talk through the answer the same way I would have done it in class. It gave me the opportunity to do something completely asynchronous that they could work on.”

Twice a week, students could then participate in synchronous Zoom sessions. Dr. Wright says she didn’t make them mandatory, but students who participated ultimately fared better in the course.

“Any given meeting, about half the students were there on average,” she says. “We then were able to use Zoom more like the classroom would have been with me sharing my screen with exercises and us talking to each other, going through the exercises together.”

The combination, she says, worked well for the content and for course continuity, as students were used to her teaching style.

“Under normal circumstances for this course, I would only speak 50 percent of the time and the other 50 percent would be students speaking and doing exercises and asking questions,” she says.

In contrast, Dr. Wright’s French civilization course is less activity-centered, so she approached it a little differently.

Dr. Wright modified her PowerPoint presentations to include additional context she’d normally provide in the classroom. Although the course had been meeting twice weekly, Dr. Wright condensed and consolidated the material for each week into a single VoiceThread.

“I didn’t want them to just be watching me talk over PowerPoint slides 75 minutes twice a week. I wanted them to do some other things, too, to bring up participation,” she says.

At the end of the semester, instead of a final, the class came together via Zoom for a trivia game built from their weekly assignments.

“They really enjoyed it, I think,” Dr. Wright says. “Some of them asked really hard questions so the questions were harder than what I would have asked them.”

Dr. Wright says she initially used VoiceThread in a limited capacity compared to its functionality but is exploring its collaborative features for next semester.

"I would like to have students doing their own VoiceThread instead of class presentations,” she says. “They could bring in all sorts of things — PowerPoints or other sorts of media.”

VoiceThread also allows instructors to bring in Zoom recordings to allow students to add comments or have asynchronous discussions.

Although she’s designing her Fall 2020 courses as HyFlex, Dr. Wright says she knows she may have to transition to a fully Remote. She says she’s been working through resources available through the Office of Distance Learning’s Basic Course Building Workshop to prepare.

“That course has been great because it points you in a lot of different directions and then leads you down paths to follow if you’re interested,” she says.

In addition to the self-paced workshop, the Office of Distance Learning has resources available through the Support Center to connect faculty with best practices, tools, and templates for creating online learning environments.